a study on Cannabis 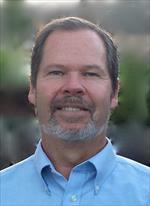 This study was authorized by the California Legislature (Assembly Bill 266, the Medical Marijuana Regulation and Safety Act (73) to help with detection of driving under the influence of cannabis. One hundred and eighty healthy volunteers will inhale smoked cannabis with either 0% (placebo), 5.9%, or 13.4% Δ9-THC at the beginning of the day, and then complete driving simulations, iPad-based performance assessments, and bodily fluid draws (e.g., blood, saliva, breath) before the cannabis smoking and a number of times over the subsequent 6 hours after cannabis smoking. The purpose is to determine (1) the relationship of the dose of Δ9-THC on driving performance and (2) the duration of driving impairment in terms of hours from initial use, (3) if saliva or expired air can serve as a useful substitute for blood sampling of Δ9-THC in judicial hearings and (4) if testing using an iPad can serve as a useful adjunct to the standardized field sobriety test in identifying acute impairment from cannabis.

There are several studies that suggest higher doses of whole-blood Δ9-THC concentration are associated with increased crash risk and crash culpability. However, attempts to define a cut-off point for blood Δ9-THC levels have proven to be challenging. Unlike alcohol, for which a level can be reasonably measured using a breathalyzer (and confirmed with a blood test), detection of a cut-off point for intoxication related to Δ9-THC concentration has eluded scientific verification. Recent evidence suggests blood Δ9-THC concentrations of 2-5 ng/mL are associated with substantial driving impairment, particularly in occasional smokers. Others have countered that this level leads to false positives, particularly in heavy cannabis users inasmuch as THC may be detectable in their blood specimens for 12-24 hours after inhalation. Given that 12 to 24 hours is well beyond the likely period of driving impairment, this would appear to be a justifiable objection to a per se cut-off point for a Δ9-THC concentration indicative of impairment. Maximal driving impairment is found 20 to 40 minutes after smoking, and the risk of driving impairment decreases significantly after 2.5 hours, at least in those who smoke 18 mg Δ9-THC or less, the dose often used experimentally to duplicate a single joint. Other studies, however, report residual MVA crash risk when cannabis is used within 4 hours prior to driving.

The roadside examination using the Standardized Field Sobriety Test (SFST) for proof of cannabis-related impairment has not been an ideal alternative to blood levels. Originally devised to evaluate impairment under the influence of alcohol, the SFST is comprised of three examinations administered in a standardized manner by law enforcement officers. The 'Horizontal Gaze Nystagmus' (HGN), the 'One Leg Stand' (OLS) and the 'Walk and Turn' test (WAT) require a person to follow instructions and perform motor activities. During the assessments, officers observe and record signs of impairment. In one study, Δ9-THC produced impairments on overall SFST performance in only 50 % of the participants. In a separate study involving acute administration of cannabis, only 30% of people failed the SFST. This discrepancy in rate of failure was thought to be in part due to the participant's cannabis use history. The reported frequency of cannabis use varied from once a week to once every 2-6 months in the study where there was a failure on the SFST by 50% of the participants. The other study included more frequent users who smoked cannabis on at least four occasions per week.

Based upon the above, another means is needed to help law enforcement officers discern driving under the influence of cannabis. One future possibility is the development of performance-based measures of cannabis-related impairments. This will include testing of critical tracking, time estimation, balance and visual spatial memory learning. The investigators have selected brief measures in order to be practicably administered repeatedly over a short time period, as well as tests that have the potential to translate to a tablet-based format, should there be benefit in possibly including these in future performance-based measures for use in the field by law enforcement officers (e.g., a cannabis-focused field sobriety test).