Skip to main content
Not currently recruiting at UCSD

a study on Renal Insufficiency,Chronic 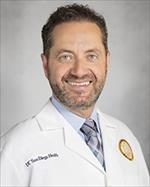 Bovine Early Access, Compatibility, and Hemostasis (BEACH) Trial Study is to evaluate the Safety and Effectiveness of Early Access in Patients Who Require an Arteriovenous Conduit for Hemodialysis using the Artegraft® Collagen Vascular Graft™. The objective of the BEACH Trial is to demonstrate that early access of Artegraft is associated with acceptable rates of successful early access, and acceptable rates of a composite of adverse events, to support a modification of existing device labeling stating that Artegraft is capable of cannulation within 72 hours post implantation.

Bovine Early Access, Compatibility and Hemostasis Post-Market Trial to Evaluate the Safety and Effectiveness of Early Access in Patients Who Require an Arteriovenous Conduit for Hemodialysis Using the Artegraft® Collagen Vascular Graft™

Chronic kidney disease (CKD) is a major health problem that affects approximately 26 million Americans. Many of those suffering CKD will progress to develop end stage renal disease (ESRD) and require lifelong hemodialysis (HD) to filter wastes from their blood. There are nearly 2.5 million patients who receive HD worldwide, and this population is growing at a rate of 8% per year. This projects that the worldwide HD population to reach approximately 3.4 million by the year 2020. There are over 600,000 patients on HD in the US and an estimated 100,000 new cases are reported annually. The interventions required to maintain a person on HD carry a significant financial burden, with costs estimated to be as high as $30 billion annually. Given the increasing epidemic of obesity, diabetes, and heart disease, the burden of ESRD will continue to grow, making new interventions that can improve the social, physical, and financial realities of treating ESRD essential.

A critical factor in the survival of renal dialysis patients is the surgical creation of vascular access. Despite the fistula-first initiative, many patients will start hemodialysis using a central venous catheter (CVC). This increases the risks of associated bloodstream infections, central venous stenosis, and poorer outcomes from subsequent vascular cannulations.

Arteriovenous grafts have advantages compared with central venous catheters for dialysis and guidelines suggest their use as second choice after arteriovenous fistulas. The suggested advantages of grafts over fistulas is the ability to cannulate or access the graft earlier, traditionally 2 weeks for AVG rather than 6 weeks for AVF, and the lower rates of primary failure.

Standard practice with expanded polytetrafluoroethylene (ePTFE) grafts has been to avoid cannulation for 2 weeks following placement, but new generation grafts have been marketed for their early cannulation properties allowing use as an alternative to central venous catheters for prompt access.

The proposed BEACH Trial is a multi-center, prospective clinical trial to evaluate early access of an existing, FDA-approved bovine carotid vascular graft, approved as a general peripheral vascular graft and for hemodialysis. The BEACH Trial is seeking to demonstrate that early access, defined as within 72 hours post implantation, of the Artegraft device results in acceptable clinical outcomes including ability to support dialysis needs thereby obviating the requirement for interim catheter placement or facilitating the removal of an existing catheter with acceptable composite major adverse clinical events (MACE) rate up to 26 weeks (6 months) post implant.

Few vascular products approved in the 1970s have a broad level of acceptance in today's competitive market. Review of the original NDA application for Artegraft as well as the scientific literature revealed no clinical rationale for a waiting period of 14 days (for most access grafts) and 10 days (for Artegraft) before cannulation. The current literature does not seem to support the current guidelines as there is no evidence to suggest that a delay in cannulation of PTFE grafts will improve graft survival and patency.Note also that Artegraft cannot identify any scientific justification in the original NDA for the warning that was placed in the IFU to support the 10-day waiting period before cannulation.

Further, if it is assumed that dialysis is conducted 3 times per week, by allowing cannulation to the Artegraft device in the 72-hour period, only 6 to 10 additional needle punctures are added during the first 10-day period depending on whether cannulation is initiated within 72 hours, respectively. Artegraft believes that this limited number of additional early needle punctures will not significantly affect the safety or efficacy of the graft or the cannulation procedure.

Patients are eligible to be included in the study only if they meet the following criteria:

Patients are excluded from the trial if any of the following criteria apply: