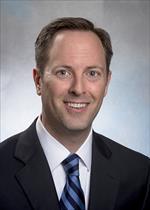 Our hypothesis is that oxidative stress induced during repeated apneas in obstructive sleep apnea (OSA) patients alters the neural control of breathing which destabilizes ventilatory control and exacerbates OSA. Thus antioxidant treatment has the potential to reduce OSA severity. Melatonin is a hormone which regulates sleep patterns, but it is also a potent antioxidant. Melatonin production is suppressed when the eyes register light so people with healthy sleep exhibit a peak in blood serum levels around 2am which then decreases towards morning. OSA patients exhibit lower melatonin levels with a later peak around 6am which then extends later into the day. This abnormal pattern is thought to compound difficulty falling asleep and daytime mental fatigue. Therefore the potential benefits of melatonin treatment in OSA patients are two-fold: most importantly via its antioxidant actions melatonin may reduce chemoreflex sensitivity, stabilize ventilatory control and reduce OSA severity; by normalizing sleep phase melatonin may also allow patients to fall asleep easier and wake more refreshed.

OSA is a common sleep disorder characterized by repeated collapse of the upper airway during sleep causing bouts of hypercapnia and hypoxia, typically followed by arousal, hyperventilation and a subsequent apnea. The resultant swings in blood gases and fragmented sleep have been associated with major neurocognitive and cardiovascular sequelae. Although the commonly cited statistics are that 4% of middle aged US men and 2% of US women have symptomatic OSA, these figures may be underestimates. However despite its prevalence and well recognized consequences, treatment of OSA remains unacceptable due to poor adherence to and variable efficacy of existing therapies, leading many to advocate for further research into underlying mechanisms to identify new therapeutic targets.

During sleep ventilatory control is dominated by the level of CO2 and O2 in the blood. Arterial CO2 has the greatest influence, with increasing CO2 stimulating an increase in ventilatory drive and vice versa. Ventilatory drive not only determines the level of activity of the thoracic pump muscles, but also the upper airway dilator muscles. Consequently the upper airway is susceptible to collapse when CO2, and therefore neural drive to the upper airway muscles, is low. Loop gain is an engineering method used to measure the stability of the negative feedback chemoreflex control system, calculated as the ratio of the ventilatory response to the disturbance which elicited the response. Higher LG equals less stable control, as a disproportionately large ventilatory response will result in a greater degree of hypocapnia and subsequent reduction in ventilatory drive. Thus high LG contributes to propagating apneas. Supporting this is evidence that OSA patients have higher LG than non-OSA and LG correlates with the apnea hypopnea index (AHI). Additionally, treatments such as supplemental oxygen and acetazolamide which reduce LG significantly reduce AHI. However these treatments essentially counteract high LG, rather than treating the cause of high LG.

LG includes "plant" (respiratory apparatus) and "controller" (chemoreflex) gain components. OSA patients exhibit abnormalities in chemoreflex control which increase the sensitivity to blood gases and thus increase controller and LG. These abnormalities normalize with continuous positive airway pressure (CPAP) treatment, indicating they are induced by OSA itself. Intermittent hypoxia, as occurs during repeated apneas, induces lasting changes in the neural control of breathing which induces the same abnormalities and increased controller gain as is seen in OSA. Therefore it is thought that the IH experienced in OSA contributes to worsening of OSA by inducing changes to the neural control of breathing which increase controller and LG. The cellular changes induced by IH are dependent on the formation of reactive oxygen species (ROS) and both animal and human studies have shown antioxidant treatment prior to IH experimentally blocks these neural changes. Thus antioxidants may be a suitable alternative treatment in OSA, by treating the actual cause of high LG. Indeed there have been two published studies showing vitamins and N-acetyl-cysteine reduced AHI in OSA patients.

Melatonin is a hormone produced in the pineal gland of the brain which is most well-known for its critical role in regulating sleep and the circadian clock. However it is also a potent antioxidant which not only acts as a direct free radical scavenger, but it also stimulates synthesis of other antioxidants. Unlike most antioxidants it also crosses all cell membranes easily, allowing it to cross the blood brain barrier and also enter intracellular compartments such as mitochondria where ROS production is highest. Owing to the fact that most antioxidants become reactive species themselves once they have been oxidized, many antioxidants become toxic and cause disease with prolonged high doses. For this reason most antioxidants are unsuitable as a long-term treatment option in OSA. However melatonin does not have this problem because as it is oxidized it converts into multiple different metabolites all of which have various antioxidant functions. This adds to its efficacy as it neutralizes an extremely wide range of radical species. Consequently melatonin is non-toxic at even extremely high doses and extended use. Indeed melatonin has been found effective in treating multiple diseases in humans associated with ROS and oxidative stress, such as diabetes, chronic obstructive pulmonary disease and multiple sclerosis. Of particular interest is that OSA is intimately associated with metabolic disorder, with the two conditions having compounding negative consequences on cardiovascular disease, and melatonin has been shown to improve hypertension, oxidative stress and blood lipid profiles in metabolic disorder. For these reasons, we propose that melatonin may be a safe long term treatment option in OSA patients that are unable to tolerate CPAP, which may block the neural changes induced by IH, thereby reducing controller and LG and therefore reducing AHI. Additionally, melatonin treatment may have added benefits associated with preventing ROS induced morbidities of both OSA and metabolic disorder.

Melatonin production is inhibited by light and normally peaks around 2am. However OSA exhibit much lower levels of melatonin with a lower peak at around 6am. OSA is associated with chronic systemic oxidative stress and endogenous levels of melatonin play a critical role in regulation of total antioxidant status. Therefore this abnormal pattern of melatonin production in OSA likely contributes to exacerbation of oxidative stress and also to sleep and cognitive deficits in OSA, as this would delay the circadian sleep phase, making it difficult for patients to fall asleep and adding to mental fatigue during the morning. Therefore, in addition to its antioxidant activity, melatonin treatment in OSA may have additional benefits via normalizing sleep phase. Thus the primary focus of this study will be to investigate the effects of melatonin treatment in OSA on waking chemoreflex control and ventilatory stability as assessed via LG and AHI during sleep, but we also intend to assess if there are additional sleep and cardiovascular benefits of melatonin treatment, by assessing melatonin blood serum phase resetting effects, sleep quality, blood pressure and electrocardiogram (ECG).