a study on Bipolar Disorder Cannabis 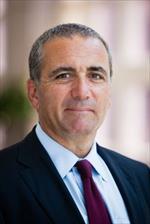 Cannabis use is associated with younger age at onset of bipolar disorder, poor outcome, and more frequent manic episodes, but the effects of cannabis on cognition are less clear. Contrary to reports among non-psychiatric patients, cannabis may improve cognition among people with bipolar disorder. Nevertheless, no study to date has systematically tested the acute effects of cannabis on cognition in bipolar disorder. Therefore, the investigators propose to determine the effects of oral cannabinoid administration on cognitive domains relevant to bipolar disorder, e.g., arousal, decision making, cognitive control, inhibition, and temporal perception (sense of timing). In addition, the investigators will evaluate different doses of the two major components of cannabis, cannabidiol and ∆9-tetrahydrocannabinol, and compare them to placebo on these neurocognitive measures. The investigators will also test the effects of acute exposure to cannabinoids on cerebrospinal levels of anandamide and homovanillic acid - markers of endocannabinoid and dopamine activity in the brain, respectively. These studies will provide information that effectively bridges the fields of addiction and general psychiatry, informing treatment development for co-morbid substance abuse and psychiatric disorders.