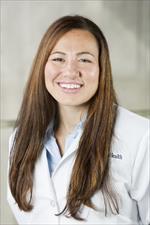 This phase III trial compares nephrectomy (surgery to remove a kidney or part of a kidney) with or without nivolumab in treating patients with kidney cancer that is limited to a certain part of the body (localized). Immunotherapy with monoclonal antibodies, such as nivolumab, may help the body's immune system attack the cancer, and may interfere with the ability of tumor cells to grow and spread. Giving nivolumab before nephrectomy may make the tumor smaller and reduce the amount of normal tissue that needs to be removed, and after nephrectomy to increase survival. It is not yet known whether nivolumab and nephrectomy is more effective than nephrectomy alone in treating patients with kidney cancer.

II. To compare the overall survival between the two arms. III. To describe the safety and tolerability of perioperative nivolumab.

II. To correlate the expression of PD-L1 on tumor tissue at recurrence with outcome.

III. To archive images for central confirmation of recurrence and for future correlative work with American College of Radiology Imaging Network (ACRIN), including markers predicting outcome or response.

VI. To characterize the immunogenicity of nivolumab.

II. To characterize the effects of nivolumab on bone metabolism and bone density.

OUTLINE: Patients are randomized to 1 of 2 treatment arms.

After completion of study treatment, patients are followed up every 3 months for 2 years, every 6 months for 3 years, and every 12 months for 5 years.

For people ages 18 years and up