a study on Post-Traumatic Stress Disorders 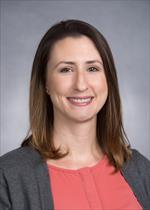 Posttraumatic stress disorder (PTSD) is a chronic, disabling condition that occurs in a subgroup of individuals after experiencing traumatic stress, and is common in Veterans seeking mental health treatment at the VA. Although evidence-based psychosocial treatments exist for PTSD, a substantial portion of individuals do not fully respond to treatment. Thus, there is a clear need to continue researching novel interventions for PTSD in Veterans. Recently, new interventions for mental health disorders have utilized computerized cognitive training techniques in order to improve the functioning of cognitive systems and reduce symptoms. This type of intervention, often referred to as neurotherapeutics, may hold promise for PTSD as a method for ameliorating symptoms and improving cognition. Individuals with PTSD demonstrate difficulties with cognitive control functions, which appear to be causally implicated in symptoms of the disorder (e.g., intrusive trauma-related memories). To date the efficacy of neurotherapeutics for PTSD has been understudied in Veterans. The current proposal aims to bridge research on basic neurocognitive mechanisms of PTSD with intervention research by conducting a randomized controlled trial (RCT) of a cognitive control training program in 80 Veterans with PTSD. Veterans will complete computer-based training exercises designed to specifically target and improve aspects of cognitive control. Veterans will complete the program twice per week for eight weeks. Symptoms will be assessed before and after treatment, as well as at a two month follow up time point. The primary goal of the study is to examine the effect of the intervention on PTSD symptoms and cognitive deficits. Evaluating symptom change as a result of the intervention will provide critical data regarding the utility of this program as a PTSD treatment. If effective, this training program could serve as alternative treatment option for Veterans with PTSD, and could be translated into an easily transportable intervention for dissemination (e.g., through web-based platforms). A secondary goal is to use functional magnetic resonance imaging (fMRI) to better understand the mechanisms by which cognitive training culminates in symptom reduction. If training cognitive control with neurotherapeutics directly enhances functioning of specific neural substrates as hypothesized, improvements in affective processes relying on shared neural regions would also be predicted. Modifying functioning in these substrates with training may thus reduce symptoms by improving neural functioning while processing and managing trauma-related affect and information. Neural systems used for cognitive control targeted in the training described (e.g., dorsolateral prefrontal cortex [dlPFC]) are also recruited when individuals mentally manipulate emotional information, such as when individuals use reappraisal to change the way that they think about negative emotional situations or content. In this study, Veterans will complete a neutral cognitive control task and a reappraisal task while undergoing fMRI before and after completing the training treatment. This will be the first study to evaluate neurobiological mechanisms of this type of training in PTSD, which is a fundamental next step for understanding how to improve the training program and who may be best served by completing it.

Cognitive Training as a Novel Neuroscience-based Treatment for PTSD

Posttraumatic Stress Disorder (PTSD) is one of the most prevalent service-related mental health conditions in treatment-seeking Veterans, yet even gold standard interventions are not universally effective. Veterans would be greatly served by development of novel intervention approaches for PTSD, particularly those could be easily transportable. The emerging field of neurotherapeutics, which uses computerized training techniques to modulate cognitive processing, is one such approach that has shown promise for improving cognitive and emotional symptoms in mental health disorders. The current proposal represents the first effectiveness study of a cognitive control training intervention for reducing PTSD symptoms in Veterans, with a goal of exploring neurobiological mechanisms of affective and cognitive generalization of training effects.

PTSD is characterized by deficits in "top-down" cognitive control abilities, as evidenced by neuropsychological findings of poor executive functioning and neurobiological evidence of diminished prefrontal cortical activity coupled with exaggerated limbic activity. Cognitive control deficits are causally implicated in re-experiencing symptoms, suggesting that cognitive control may be a novel and effective treatment target. The investigator developed a cognitive control training intervention that has demonstrated initial evidence of efficacy in civilian women with PTSD secondary to sexual assault. However, the effects of this program in Veteran participants and the precise neurocognitive mechanisms of symptom reduction in the intervention remain poorly understood. If training cognitive control directly enhances functioning of specific cognitive systems that are causally implicated in the etiology of emotional and cognitive symptoms, treatment-related improvements in affective symptoms and neuropsychological performance within the trained domain would be predicted. From a neurobiological perspective, training cognition is thought to operate via modification of specific neural substrates, suggesting that training effects should generalize to affective processes relying on shared neural regions. One such affective process is reappraisal (i.e., generating different ways of thinking about emotional content in order to regulate emotion), which requires cognitive control over affective emotional information, and depends on brain circuits identified as key cognitive control regions (e.g., dorsolateral prefrontal cortex, dlPFC). PTSD is characterized by aberrant affective and neurobiological patterns during reappraisal that likely contribute to persistent re-experiencing and hyperarousal symptoms. Training may reduce symptoms by improving neural functioning of cognitive control regions during affective control processes (e.g., reappraisal) that are critical to managing trauma-related affect.

In this proposal, the applicant's prior clinical trials research experience will be integrated with new mentoring in functional neuroimaging (fMRI) to facilitate identification of treatment-related symptom and neural change following cognitive control training. Bridging research on basic neurocognitive mechanisms of PTSD with intervention research in this way will ultimately facilitate precise neurotherapeutic treatment development and personalization techniques. In this randomized controlled trial (RCT), 80 Veterans with PTSD will be assigned to the cognitive control training program developed by the applicant (intervention condition: COGnitive ENhancement Training [COGENT]), or a minimal cognitive control program (sham training condition [ST]) completed twice week for 8 weeks. The COGENT training program requires participants to repeatedly utilize specific cognitive control functions (i.e., interference control) in the context of a modified working memory capacity task, with the goal of improving performance through implicit, practice-based learning. The primary outcome will be PTSD symptom reduction, and cognitive generalization will be assessed with a brief neuropsychological assessment. To evaluate changes in the neural bases proposed to underlie COGENT, participants will undergo fMRI while completing two cognitive control tasks (affectively neutral and emotionally balanced) before and after treatment. Assessments will occur at baseline, post-treatment, and at follow-up.

Aim 1: To examine the effects of the training program on PTSD and neurocognitive symptoms in Veterans. PTSD symptoms will be measured using the Clinician Administered PTSD Scale (CAPS) interview and neurocognitive functioning will be assessed with Delis Kaplan Executive Functioning System subtests. Individuals completing COGENT are hypothesized to show a) greater reduction in PTSD re-experiencing symptoms and b) improved neurocognitive performance relative to those in ST over time. Exploratory aims will also examine changes in PTSD diagnostic status across groups.

Aim 2: To examine neurobiological changes in COGENT versus ST during neutral and affective cognitive control tasks. Neurobiological response to treatment will be assessed using fMRI during cognitive control tasks (one affectively neutral working memory capacity task and one affectively balanced reappraisal task with negative emotional information). Individuals completing the COGENT program are predicted to demonstrate increased neural activation of dlPFC and anterior cingulate regions from pre- to post-training during the tasks. Exploratory aims will evaluate corresponding physiological change during the affective fMRI task and the utility of fMRI neural functioning at baseline for predicting treatment response.

Eligible participants will be Veterans who: