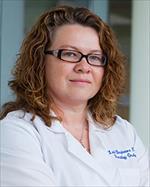 This phase II Lung-MAP non-Match treatment trial studies how well ramucirumab and pembrolizumab work versus standard of care in treating patients with non-small cell lung cancer that is stage IV or has come back. Immunotherapy with monoclonal antibodies, such as ramucirumab and pembrolizumab, may help the body's immune system attack the cancer, and may interfere with the ability of tumor cells to grow and spread. Drugs used in standard of care chemotherapy for non-small cell lung cancer, such as docetaxel, gemcitabine hydrochloride, and pemetrexed, work in different ways to stop the growth of tumor cells, either by killing the cells, by stopping them from dividing, or by stopping them from spreading. Giving ramucirumab and pembrolizumab together may work better in treating patients with non-small lung cancer compared to standard of care.

III. To evaluate the duration of response (DoR) among responders within each arm.

IV. To evaluate the frequency and severity of toxicities within each arm. V. To compare investigator assessed-progression-free survival (IA-PFS) between the arms.

VI. To evaluate the clinical outcomes (overall survival [OS], IA-PFS, response) by randomization stratification factors by comparing outcomes within the ramucirumab and MK-3475 (pembrolizumab) arm, performing a sub-group analysis of the arms, and by evaluating an interaction between the factors and treatment arm.

II. To evaluate if tumor mutation burden (TMB) as determined by the Foundation Medicine Inc (FMI) Foundation One panel is associated with clinical outcomes.

IV. To establish a tissue/blood repository to pursue future studies.

OUTLINE: Patients are randomized to 1 of 2 arms.

For people ages 18 years and up